MONEY OR ART. ART OR MONEY. 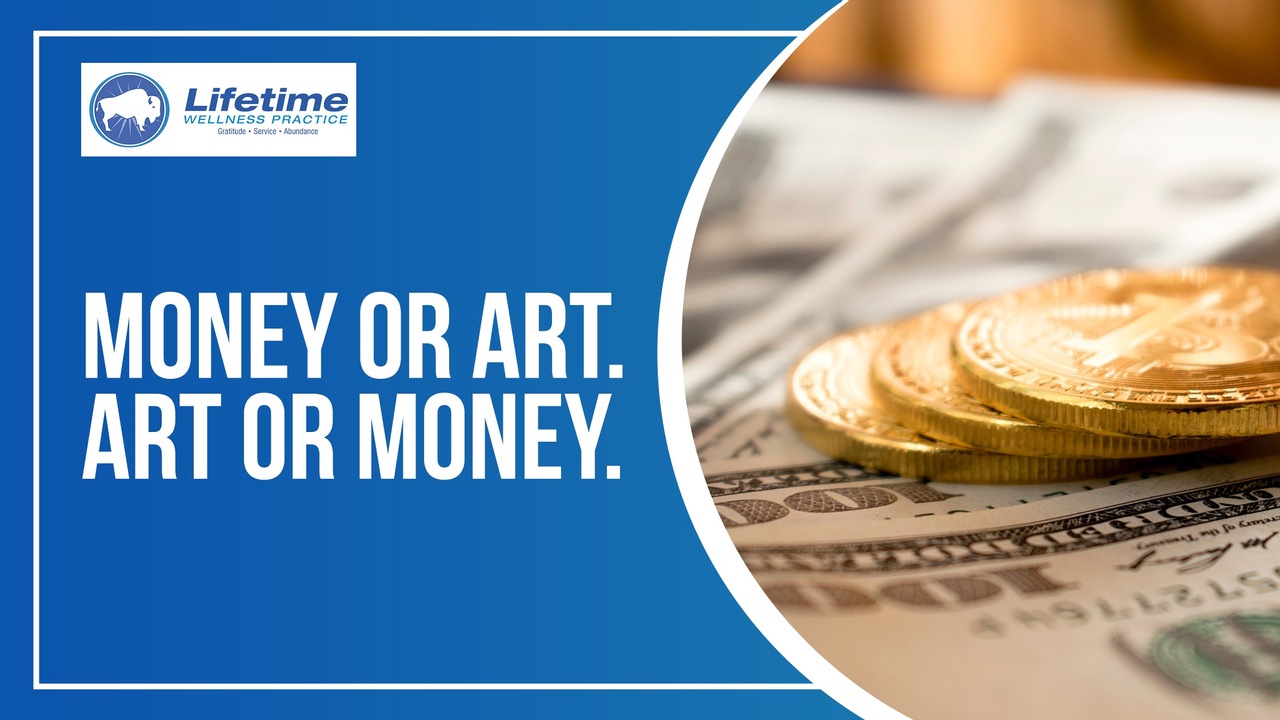 Many, many years ago there was a transition that happened in the chiropractic profession. To show you what that transition was let me relay a conversation I had with a salesman who showed up at my office, one day.

I hear a knock on my door. An older gentleman stands outside. He asks me, “Who do you get your chiropractic supplies from?”. I tell him that we order them from a catalog. He responds, “wouldn’t you rather get your supplies from someone local? Someone who delivers the supplies right to you? Someone who is here for you?” “Of course”, I say, “who do you recommend?” “Me”, he says, “I've been selling and serving the chiropractic profession in your area for 50 years and you can get your supplies from me.” He wanted me as a client and I was intrigued to find out more.

I inquired what he did and he tells me stories about being a salesman of chiropractic supplies and exhibitors for many, many, many years. In fact, he had med VJ Palmer many times when he spoke in Colorado. He had his main account with the Speers Chiropractic Hospital, supplying all their needs for a long time. Naturally, I was fascinated. I wanted to know all about his experience and the life he has lived, the people he has met.

Interesting, I thought. My dad used to talk about this often. He remembered the shift in conversation from clinical excellence to a new magic gadget or scheme that would bring more revenue to a practice. It got me thinking.

It’s a sad state of affairs, naturally. It is something that I have decided to pay close attention to. The shift of chasing money versus increasing skills. It’s the art of a bad mistake. Who are the highest-paid people in our world? They are highly skilled artists, professional athletes, musicians, performers, actors, you name it. It is the people who have honed in on their craft and become the best at what they do. They have such a high skill that they instantly command more revenue. This is the same for us chiropractors.

It’s time to stop chasing a shiny coin. Instead, focus on honing your craft, increase your art, make it better than anyone else. Be the best and so many people will pay their top dollar to see you. They won’t go anywhere else.

The path to more money isn’t chasing it. It is clinical excellence. It is being the best. It is striving to be better every single day you enter your practice. Watch out for your patients and the revenue will follow.

Almost There, Fill out the Form to Receive your Free E-Book